Home / Blog / Down to the CORE

Down to the CORE

The core is where your body’s center of gravity is located and all movement originates.

A strong core is essential for optimum body mechanics, as it contributes to ideal length-tension relationships of muscles, movement patterns by the nervous system and joint function.

A strong and balanced core equates to neuromuscular efficiency,  which allows for efficient acceleration, deceleration, and stabilization during dynamic movements, the  prevention of injuries and optimum performance if you are an athlete.

There are three separate yet interdependent  systems  that help to define the core:

Local stabilizers are muscles that attach directly to vertebrae. These muscles consist primarily of slow twitch type I fibers,  meaning they are best suited for endurance, as well as   limiting  excessive compressive, shear, and rotational forces between vertebrae.

Together,  all the muscles within each system provide dynamic stabilization and neuromuscular control of the entire core.

In isolation, these muscles do not effectively achieve stabilization of the core; rather it is through their synergistic interdependent functioning that they enhance stability and neuromuscular control.

Training the core should start with the stabilization system in order to  provide the foundation  for the  movement system muscles.

A weak core can lead to inefficient movement and predictable patterns of  pain and  injury.

Studies support the role of core training in prevention and rehabilitation of lower back pain.

Core stabilization exercises have been shown to restore size, activation, and endurance of the multifidus(a deep spine muscle) in individuals with lower back pain.

Exercise  programs that include specific core stabilization training tend to be more effective than  therapy  (PT and chiropractic) alone.

Research has shown that there are two maneuvers that are effective in engaging the core.

Drawing-in Maneuver – Used to recruit the local core stabilizers by drawing the navel in toward the spine. This is helpful for individual with low back pain or who are just starting an exercise program and need a foundation of  stabilization endurance.

Bracing – Occurs when you simultaneously contract  the abdominal, lower back, and buttock muscles which  results in stimulating muscular endurance of the global and local musculature.

Many traditional exercises thought to strengthen the core, such as sit-ups, have been shown to increase pressure on discs to dangerous levels. The goal of core training is to develop optimal levels of neuromuscular efficiency, stability and functional strength.

Quality of movement should be stressed over quantity.

There are three levels core training:  Stabilization, Strength and  Power

Core-Stabilization Training  involves little motion through the spine and pelvis and is designed to improve neuromuscular efficiency and intervertebral stability. Individuals perform exercises with minimal movement, while focusing on  drawing-in and then bracing.

Core Strength  involve more dynamic eccentric and concentric movements of the spine throughout full range of motion, while performing the activation techniques learned in core-stabilization training. Specificity, speed, and neural demands are progressed at this level. 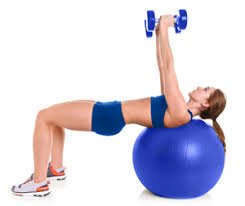 Exercises for  the  core are  designed to increase stabilization, strength, power, muscle endurance, and neuromuscular control.

The programming  must be systematic, progressive, activity or goal-specific, integrated, and proprioceptively challenging.

Proper core strengthening could be the answer to your chronic pain or the key to optimum athletic performance.