Home / Blog / Coffee- The verdict is out

Coffee- The verdict is out 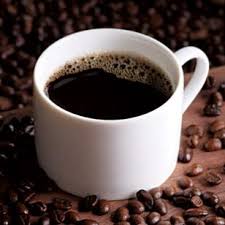 Coffee has been around for thousands of years. It originated in the Ethiopian highlands, where the legend goes that Kaldi, a goat herder, discovered it after noticing that his goats, upon eating berries from a certain tree, became so spirited that they did not want to sleep at night.

Kaldi reported his findings to the abbot of the local monastery, who made a drink with the berries and discovered that it kept him alert for the long hours of evening prayer.  Soon the abbot shared his discovery with the other monks at the monastery, and the knowledge of the energizing effects of the berries began to spread.  As word moved east and coffee reached the Arabian Peninsula, its reputation became known across the globe.

Not only is coffee now one of the top consumed beverages around the world, researchers are finding that it has multiple, and often significant, health benefits.

It is also important to note that coffee and caffeine can have adverse affects on some individuals. It’s important to know your body and how it reacts to coffee/caffeine.

In one large-scale study, researchers at the National Cancer Institute reviewed health information from more than 400,000 volunteers, ages 50 to 71, who were free of major diseases at the study’s start in 1995. By 2008, more than 50,000 of the participants had died. But men who reported drinking two or three cups of coffee a day were 10 percent less likely to have died than those who didn’t drink coffee, while women drinking the same amount had 13 percent less risk of dying during the study.

Other recent studies have linked moderate coffee drinking (three or four 5-ounce cups of coffee a day) with a reduction in the risk of developing Type 2 diabetes, basal cell carcinoma (the most common skin cancer), prostate cancer, oral cancer and breast cancer recurrence.

A study published in the journal Cancer Epidemiology Biomarkers and Prevention found that coffee drinkers (fewer than five cups a day) were 39% less likely to develop cancer of the mouth or throat than non-coffee drinkers. The researchers noted that scientists have identified more than a thousand natural coffee chemicals.

Another significant study showed  that caffeine may reshape the biochemical environment inside our brains in ways that could stave off dementia. In a 2012 experiment at the University of Illinois at Urbana-Champaign, mice were briefly starved of oxygen, causing them to lose the ability to form memories. The caffeinated mice regained their ability to form new memories 33% faster than the decaffeinated mice. Close examination of the animals’ brain tissue showed that the caffeine disrupted the action of adenosine, a substance inside cells that usually provides energy, but can become destructive if it leaks out when the cells are injured or under stress. The escaped adenosine can jump-start a biochemical cascade leading to inflammation, which can disrupt the function of neurons, and potentially contribute to neurodegeneration- dementia.

In a 2012 study of humans, researchers from the University of South Florida and the University of Miami tested the blood levels of caffeine in older adults with mild cognitive impairment, a common precursor of Alzheimer’s disease, and then re-evaluated them two to four years later. Participants with little or no caffeine circulating in their bloodstreams were far more likely to have progressed to full-blown Alzheimer’s than those whose blood indicated they’d had about three cups’ worth of caffeine.

In another study, researchers found more than 6,500 heart failure reports in looking at 140,000 people. The follow-up time varied from study to study, ranging  from about eight to 35 years. The researchers looked at the coffee-drinking habits of all the men and women. Those who drank three or four servings a day had the best protection from heart failure. Drinking that amount, compared to not drinking, reduced heart failure risk by 11%. 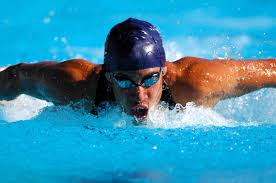 Mixing caffeine with large amounts of sugar, as in energy drinks, is not healthful and potentially dangerous for some populations, but 1-3 cups of coffee may reap some substantial long-term health rewards.

What about decaf and sweetened coffee drinks?

Many of the benefits of coffee are due to the caffeine. However, both caffeinated and decaffeinated coffee contain phyto-nutrients that offer the aforementioned health benefits.

The chemical substances used to remove caffeine may be hazardous. Drinking decaffeinated coffee is  associated with the risk of developing rheumatoid arthritis, possibly due to the caffeine-removing additives. For this reason, it is probably safer to choose a water-processed decaf if you choose to drink decaffeinated coffee.

Blend two shots of espresso with one cup of unsweetened almond milk, one chopped, frozen banana and some ice. Optional ingredients – 1/4 tsp 70% raw cacao and local honey (as desired) for sweetness.