Home / Blog / How can Exercise and Diet Help to Change your Genes/Jeans?

How can Exercise and Diet Help to Change your Genes/Jeans?

Physiologically, it can enhance the cardiorespiratory and endocrine systems.

How does exercise do this?

Your genes are not static. Depending on what biochemical signals they receive from your body from diet, exercise and stress,  they can turn on or off.

When they are turned on, genes express various proteins that, in turn, prompt a range of physiological actions in the body.

A process called methylation, a powerful means of affecting gene activity, occurs when methyl groups, a cluster of carbon and hydrogen atoms, attach to the outside of a gene and make it easier or harder for that gene to receive and respond to messages from the body.

These methylation patterns can be passed on to offspring through a phenomenon known as epigenetics.

The lifestyle that your relatives led before you were born is affecting you and your potential for health or disease.

The methylation process is driven largely by how you live your life. Many recent studies have found that diet and exercise significantly affect the methylation of genes.

Scientists working in this area suspect that the genetic methylation patterns resulting from differing diets may partly determine whether someone develops a disease.

A study out of Lund University Diabetes Center in Sweden mapped the existing methylation patterns on the DNA within the cells of  test subjects. They also measured the body composition, aerobic capacity, waist circumference, blood pressure, cholesterol levels and other markers of health and fitness. Then they asked the subjects to start working out.

At the end of the study, the test subjects  had shed fat and inches around their waists, increased their endurance and improved their blood pressure and cholesterol profiles.

In addition to the physical and metabolic changes, they also had altered the methylation pattern of many of the genes in their fat cells.

The genes showing the greatest change in methylation tended to be those that had been previously identified as playing some role in fat storage and the risk for developing diabetes or obesity.

The data suggest that exercise may affect the risk for Type 2 diabetes and obesity by changing DNA methylation of those genes.

Other studies have found that exercise has an equally profound effect on DNA methylation within human muscle cells, even after a single workout.

The research also shows that the muscle cell methylation changes were far more pronounced among the volunteers who performed vigorous activity regardless of energy expenditure.

DNA methylation changes are probably one of the earlier adaptations to exercise, with changes in weight and body composition occurring after.

The  key to changing your genes/Jeans-DIET & EXERCISE 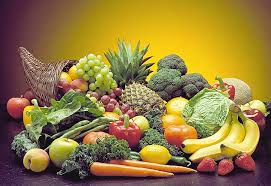