Home / Blog / Nutrition News- you can use

Nutrition News- you can use

Coffee and Tea May Contribute to a Healthy Liver

An international team of researchers led by the Duke University School of Medicine suggest that increased caffeine intake may reduce fatty liver in people with non-alcoholic fatty liver disease (NAFLD).

A gene variant strongly associated with development of type 2 diabetes appears to interact with a Mediterranean diet pattern to prevent stroke. A study published online in Diabetes Care, shows the link between nutrition and gene function and the impact on human health, particularly chronic disease risk. A sleepless night makes us more likely to reach for doughnuts or pizza than for whole grains and leafy green vegetables, suggests a new study from UC Berkeley that examines the brain regions that control food choices. The findings shed new light on the link between poor sleep and obesity.

Omega-3 Supplements May Slow a Biological Effect of Aging

A study showed that most overweight but healthy middle-aged and older adults who took omega-3 supplements for four months altered a ratio of their fatty acid consumption in a way that helped preserve tiny segments of DNA in their white blood cells.

These segments, called telomeres, are known to shorten over time in many types of cells as a consequence of aging. In the study, lengthening of telomeres in immune system cells was more prevalent in people who substantially improved the ratio of omega-3s to other fatty acids in their diet.

Omega-3 supplementation also reduced oxidative stress, caused by excessive free radicals in the blood, by about 15 percent compared to effects seen in the placebo group.

People who eat food high in carbohydrates have nearly four times the risk of developing mild cognitive impairment, and the danger also rises with a diet heavy in sugar, Mayo Clinic researchers have found. Those who consume a lot of protein and fat relative to carbohydrates are less likely to become cognitively impaired, the study found. The findings are published in the Journal of Alzheimer’s Disease.

Exercise, even in small doses, changes the expression of our innate DNA. New research from Lund University in Sweden has described what happens on an epigenetic level in fat cells when we undertake physical activity.

The study shows the positive effects of exercise, because the epigenetic pattern of genes that affect fat storage in the body changes.

The cells of the body contain DNA, which contains genes. We inherit our genes and they cannot be changed. The genes, however, have ‘methyl groups’ attached which affect what is known as ‘gene expression’ — whether the genes are activated or deactivated.

The methyl groups can be influenced in various ways, through exercise, diet and lifestyle, in a process known as ‘DNA methylation’. 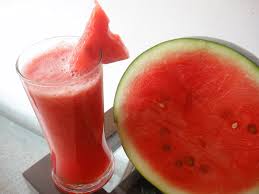 Watermelon juice’s reputation among athletes is getting scientific support in a new study, which found that juice from the summer favorite fruit can relieve post-exercise muscle soreness. The report in ACS’ Journal of Agricultural and Food Chemistry attributes watermelon’s effects to the amino acid L-citrulline.