Back to School Doesn’t Have to be a Pain 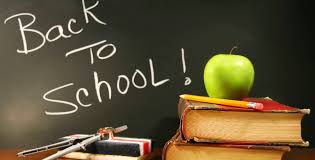 It’s back to school time. Backpacks, sitting and poor studying posture can  mean your “kinetic chain” is going to get yanked and kinked, potentially resulting in pain.

Fortunately, there are strategies students may use to reduce the risk of pain by:

The term Gluteal Amnesia was coined by Stuart McGill, PhD, a spinal biomechanics expert. Prolonged periods of sitting place the hip flexors in a relatively shortened position. Over time, this results in decreased neural drive and altered reciprocal inhibition to the gluteus maximus (the functional antagonist to the hip flexors), along with synergistic dominance of the erector spinae and hamstrings.

Essentially, the gluteus maximus forgets its role in hip extension and the synergists kick in. The end result is faulty movement patterns and low back pain.

Dr. Vladimir Janda, a Czech neurologist and physiatrist, was the first to notice predictable patterns of muscle imbalance, which he confirmed with electromyography.

Janda identified two functional classifications of muscles that he classified as “tonic” or “phasic”. The tonic system consists of the “flexors”. These muscles are involved in repetitive or rhythmic activity.

The phasic system consists of the “extensors”. These muscles work eccentrically against the force of gravity.

Through these observations he discovered that people developed predictable patterns of dysfunction that he called “Upper and Lower Crossed Syndromes”.

Upper Crossed Syndrome (UCS) is characterized by facilitation of the upper trapezius, levator, sternocleidomastoid, and pectoralis muscles, along with  inhibition of the deep cervical flexors, lower trapezius, and serratus anterior.

There is a tendency to have forward head carriage and rounded shoulders.

Lower Crossed Syndrome (LCS) is characterized by facilitation of the thoraco-lumbar extensors, rectus femoris, and iliopsoas, along with  inhibition of the abdominals (i.e. transversus abdominus) and the gluteal muscles.

There is a tendency toward an increased anterior pelvic tilt.

This leads to chest breathing, which can further exacerbate the postural dysfunction. Restricted breathing can also result from the position of the rib cage in this posture. This may force the secondary respiratory muscles to work more during rested breathing to help lift the rib cage to allow the lungs to expand.

Chest (shallow) breathing vs diaphragmatic breathing results in hyperventilation and eventually decreased oxygen perfusion. This can lead to neck pain, shoulder pain, headaches, dizziness and even anxiety, stress, and panic attacks. None of these is conducive to learning.

Assessing for dysfunctional breathing can be done by observing dysfunctional movement commonly seen in the overhead squat assessment as well as static observations, as previously mentioned.

Another assessment option is instructing an individual to breathe normally and assessing whether they breathe naturally through their belly or by lifting their chest. If they are “chest breathers”, this may indicate overactivity of the secondary respiratory muscles. This assessment can also evaluate neuromuscular control of the intrinsic core stabilizers.

Strategies for back to school pain